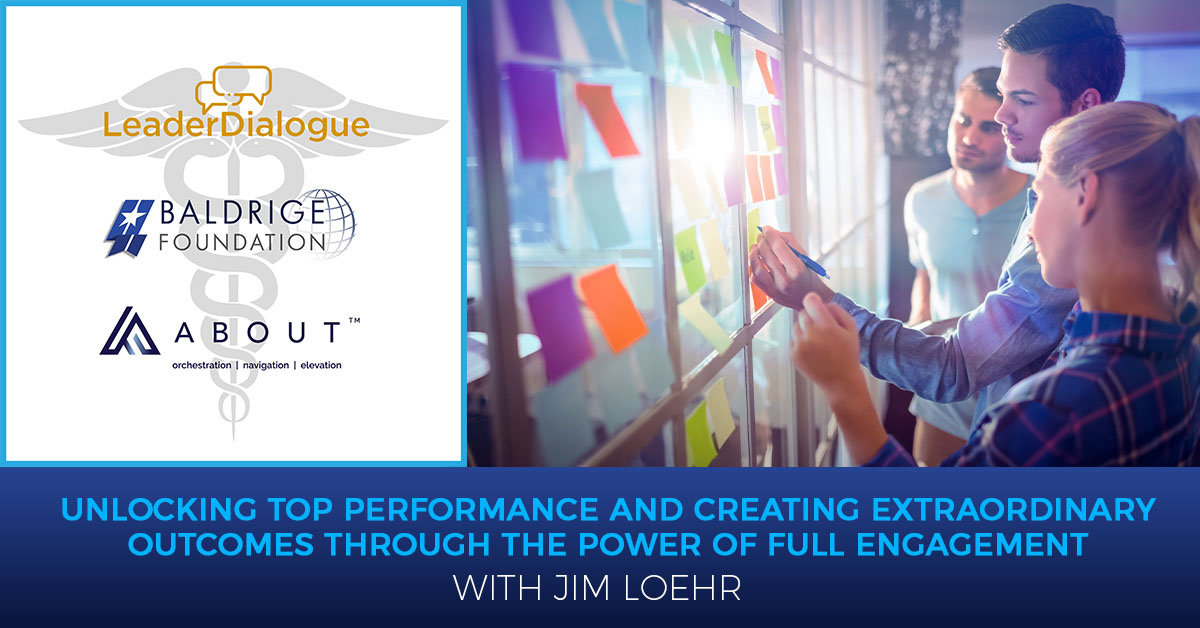 We are all actors and the world is our stage. And we can’t expect to get our acts right without putting in the hard work. But how do we reach our full potential? What is the real key to top performance? In this episode of LeaderDialogue, sports psychologist Jim Loehr shares how he helps athletes achieve extraordinary performance beyond their expectations. He then shares insights on how investing your energy, not time, can help you deliver outstanding performance. This episode is sponsored by: Malcolm Baldrige foundation

Listen to the podcast here 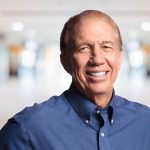 Dr. Jim Loehr is a world-renowned performance psychologist, whose ground-breaking, science-based energy management training system has achieved world-wide recognition and has been chronicled in leading national publications, including the Harvard Business Review, Business Week, Fortune, Newsweek, Time, US News and World Report, Success, Fast Company and Omni. He has appeared on NBC’s Today Show, ABC’s Nightline with Ted Koppel, the CBS Evening News with Dan Rather and CBS Morning News, and the Oprah Winfrey Show. From his more than 30 years of experience and applied research, Dr. Loehr believes the single most important factor in successful achievement, personal fulfillment and life satisfaction is the strength of one’s character. He strongly contends that character strength can be built in the same way that muscle strength is built through energy investment, and has brought this topic to life in his latest book, Leading with Character: 10 Minutes a Day to a Brilliant Legacy. Every Leading with Character book comes with a companion journal designed to help readers strengthen key character muscles for leadership by refining their personal credo. Dr. Loehr has authored 16 other books and co-authored the New York Times national bestseller The Power of Full Engagement. Dr. Loehr has worked with hundreds of world-class performers from the arenas of sport, business, medicine and law enforcement, including Fortune 100 executives, FBI Hostage Rescue Teams, and military Special Forces. Corporate clients of the Institute represent hundreds of Fortune 500 companies, including Procter & Gamble, The Estée Lauder Companies, FBI, GlaxoSmithKline, PepsiCo, and Citigroup Smith Barney. A sampling of his elite clients from the world of sport include golfers Mark O’Meara and Justin Rose; tennis players Jim Courier, Monica Seles, and Arantxa Sanchez-Vicario; boxer Ray Mancini; hockey players Eric Lindros and Mike Richter; and Olympic gold medal speed skater Dan Jansen. Dr. Loehr is also the retired chairman, CEO, and co-founder of the Human Performance Institute (HPI), prior to its acquisition by Johnson & Johnson. HPI is the pioneer in training programs designed to successfully leverage the science of energy management to improve the productivity and engagement levels of elite performers from the world of business, sport, medicine, and law enforcement, for sustained high performance.
Tagged ConsciousnessEnergyEngagementPerformanceSports PsychologyTime

Fill the fields below to proceed with downloading the whitepaper.